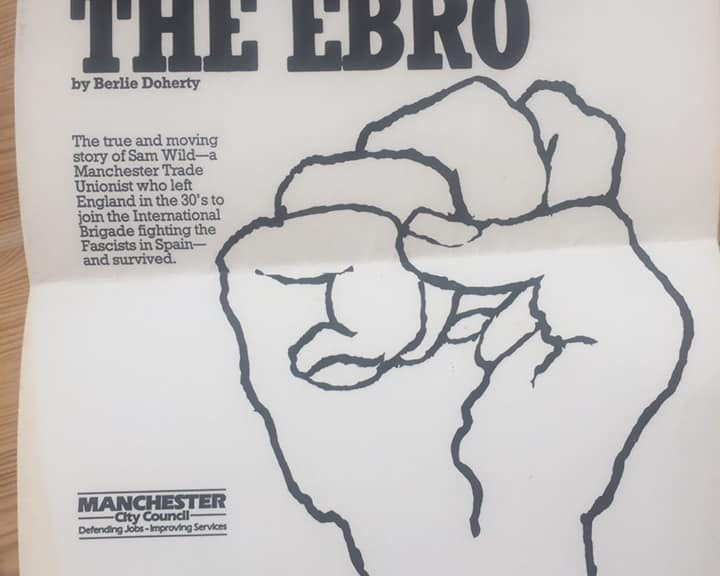 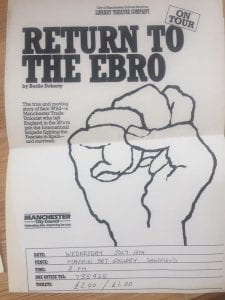 On  27th May 2021 Mike Wild posted some images of a programme for the Play Return to the Ebro.

Play by friend and neighbour Berlie Doherty for 50th Anniversary of SCW in 1986. Later broadcast on BBC radio 4 as There’s a Valley in Spain . Several amateur productions have been done. It was very well received on tour. Old Sam’s mannerisms and voice were well captured by ‘Joe Grundy’ from The Archers! 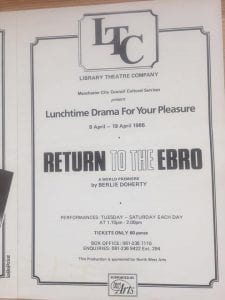 The production was specially commissioned by The Library Theatre Company (https://homemcr.org/theatre/) 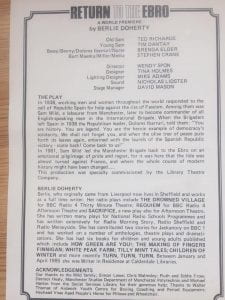 As Mike mentions Berlie Doherty was a friend and neighbour, and the cast are exceptional. 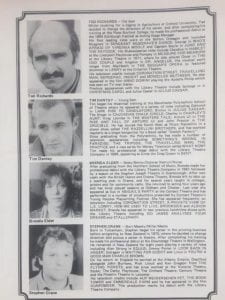 Mike mentioned that it was later broadcast on BBC Radio4 as There’s a Valley in Spain. John Scholey has kindly shared his copy of the broadcast. 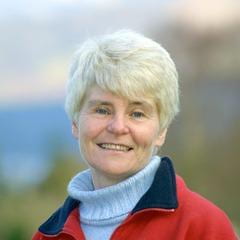 In the intervening years Berlie Doherty has gone on to become a Carnegie medal winning author , with well over 60 books to her name, as well as  many plays for radio, theatre and television.  Her website can be found at – Berlie Doherty

Foxburg on the Interweb

I am a History teacher, teaching in Secondary Schools in the North East of England. For 15 years I was Chairman of the Durham branch of the Historical Association. I am a member of the International Brigades Memorial Trust. The idea of this site is to place some of my small ideas 'out there', as I am getting old and forgetful it is good to have them where I can find them. 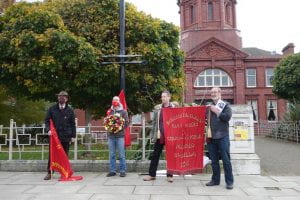